Posted in 2021 in Promotions & Events

Posted in 2021 in Promotions & Events

The 2022 Holiday Bowl is expected to be played at Petco Park in December 2022.

2021 Holiday Bowl That Never Was

Hours before the game, the 2021 Holiday Bowl in Petco Park was called off by the UCLA Bruins due to complications with the COVID-19 pandemic. The game was expected to be played at Petco Park under a new agreement that will make the Padres ballpark the venue for a minimum of five years. See some great pictures here.

In July, the San Diego City Council removed the restriction from the city’s contract with the Padres banning football from being played at ballpark.

Officially known as the San Diego County Credit Union Holiday Bowl, this year’s postseason NCAA Division I football bowl game will be played December 28 at 5pm. The addition of bleachers in right field and standing room areas will increase capacity to nearly 50,000 people.

For the college bowl game, the football field will be situated with one endzone along the current first base line and the other in left field, near the Western Metal Supply Co. building.

“The Padres are excited to welcome the Holiday Bowl to Petco Park and keep this long-standing tradition where it belongs; in San Diego. Petco Park is a world class venue, and we are thrilled to welcome college football fans to what will be a truly unique bowl game experience.” — Erik Greupner, Padres CEO.

Modifications and renovations to accommodate the game include temporarily removing the wall on the first base side, adding 2,800 square feet of concrete seating risers, clearing the bullpen door and stairs and installing football goal posts, play clocks and additional camera locations. 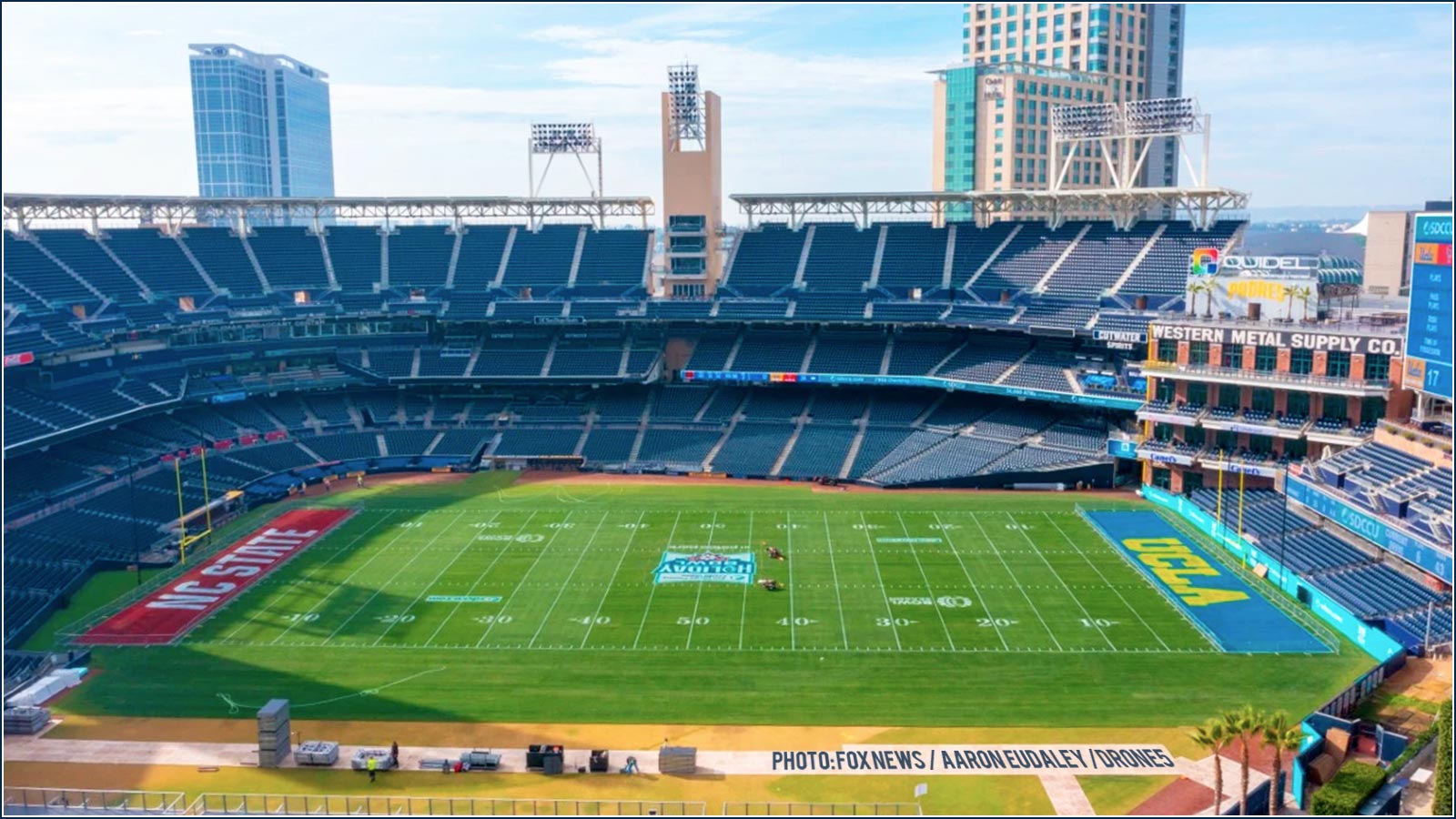 Which Teams Are Playing

UCLA vs NC State. It has been determined that the UCLA Bruins will face off against No. 18 North Carolina State Wolfpack in the 43rd Holiday Bowl. The game will be played between college football teams from the Atlantic Coast Conference (ACC) and the Pac-12 Conference.

Put us in, coach pic.twitter.com/e4HDWlv7lh

About the Holiday Bowl

The Holiday Bowl is part of the NCAA Division I Football Bowl postseason. The college football bowl game that has been played annually since 1978. The game begins at 5:00 PST and the live broadcast will be aired on FOX television. Learn more about the Holiday Bowl.